Is It Time To Retire Your Computer? 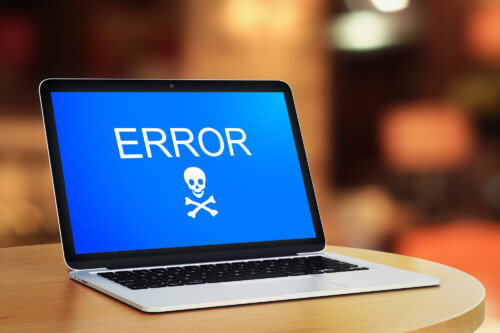 How long have you had the computer you’re using to read this blog for? You might be starting to notice it slowing down, or struggling to accomplish tasks that used to be easy. We’ll go over some common symptoms that might suggest it’s time for an upgrade. We’ll even discuss how to securely dispose of your old computer at the end.

But let’s start with…

How long is a Computer’s Lifespan?

There are a lot of varying factors that contribute to the lifespan of any computer. Depending on the manufacturer, the original specifications of the machine, the upgrades it’s received and how well it’s been maintained can all contribute. Lifespans also vary depending on whether it’s a desktop computer or a laptop.

Desktops tend to last longer than laptops. Depending where you read, the average lifespan of a desktop computer is anywhere between 3 and 8 years. This is by far not an all-inclusive number, as computers that are well maintained can last longer than a decade.

Laptops typically have a shorter lifespan than desktops simply because of their nature. Laptops are consistently more exposed to stressful scenarios, and are more prone to damaged hardware by force trauma or overheating. The average lifespan of a laptop is closer to the 3 to 5 year mark. Despite that, a well maintained laptop can last much longer, but will start to show its age sooner than a desktop.

Properly maintaining a computer or laptop involves taking care of it both physically and virtually. Having the inside of your machine cleaned to remove dust on a regular basis is an excellent way to protect your physical hardware from damage and overheating. Installing virus protection software and keeping other software up to date will protect any data you have on your hard drives.

Signs Your Computer Is Nearing the End

Even after maintaining a computer as efficiently as possible, the end can be inevitable. As software and operating systems are improved, eventually your hardware won’t be able to keep up. There are a few tell-tale signs that your machine is ready to retire.

If you start to hear your computer making strange sounds when powering it on, or while the computer is turned on, it could be a sign of hardware damage. You can try replacing some of the hardware to fix the issue, but it’s often best to upgrade to a new computer.

Most common in laptops, if your computer is constantly running at a hot temperature, the heat can damage the internal components in the computer. Making sure air vents aren’t blocked and properly cleaning the inside should prevent this from happening, but often it’s too late once your computer overheats the first time.

If your computer is refusing to download new operating system updates or software updates, is most likely because your hardware has been marked as incompatible for the updates. This is a pretty good sign that it’s time to upgrade to a modern computer.

This should be pretty obvious, but a strong indicator of end-life is starting to see strange error screens like the blue screen of death or your computer turns off on its own randomly. Sometimes these issues can be fixed just by simply restarting the computer, but if these issues don’t go away by restarting, you likely reached the end of the line.

So you’ve decided to get a brand new computer, and have transferred all your important documents over. Welcome to the modern age! However, now you’re left with an old machine that must be disposed of in a secure manner. That’s where we come in.

You might think that just ensuring all documents are removed from the old computer’s hard drive is enough, but that isn’t the case. These files are still accessible on old hard drives to trained individuals. Your company could be at risk of a data breach if you are not careful.

With The Shred Truck, we can take your old hard drives and other electronic media storage and run it through our shredder, effectively making any data that was stored on them completely inaccessible. If you’re ready for your old hard drives to be securely destroyed, get in touch with us to receive a personalized quote for your needs.